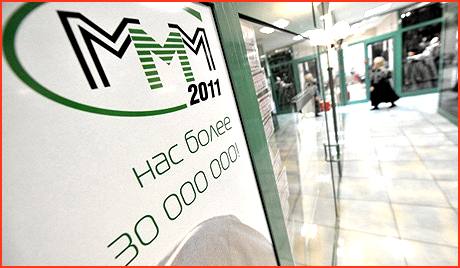 Mumbai: Two more are arrested in connection with MMM India scam by Mumbai City economic offences wing (EOW). They were arrested on Tuesday from Goa for their alleged mastermind planning behind MMM India.

The detained are Mikhail Glukhov (25) and Jennifer Menezes.

“The couple was managing the publicity and coordination of the MMM India through internet. We have actually just taken them into our custody from Goa and they will be brought here to Mumbai by tonight,” said a police officer.

Glukhov married Menezes just sometime back and has been working for the MMM India as a translator and motivator.

“He had in reality organized several training and motivating camps for the investors of MMM India. Whenever any Russian gone to and provided lecture, Glukhov would translate it into English and later in Hindi,” said the authorities.

The Mumbai EOW has so far frozen more than 20 bank accounts belonging to the suspects. “We are looking for out if some cash has actually been sent outside the country,” stated by a mumbai police officer.

Previously in June, the Mumbai EOW took five suspects including 2 Russians in custody. They were first detained by the Assam police for their fraud. Those arrested earlier included 2 Russians Alexei Muratov and Danis Rosaov and Dinesh Kotian, Ramesh Balan, both Mumbai based and Nabajit Das, an Assam-based representative for MMM India. The EOW registered an FIR on June 3 against 17 people. The scams mastermind, Sergei Mavrodi, a Russian national, is likewise wanted in this case. The accused were first apprehended by the Guwahati police.

After these arrests MMMIndia.in has blocked all private access to the back office, where after login, one can access every detail of thier networks. They have done same for people who are at managers level.