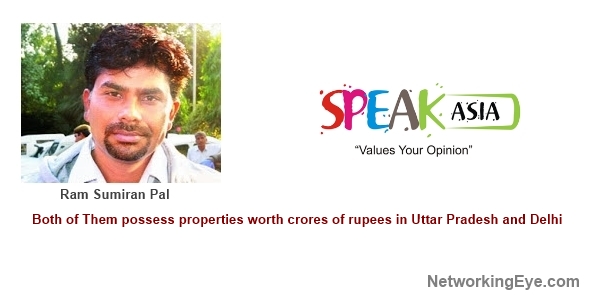 Two primary accused in the SpeakAsia fraud, Ram Sumiran Pal and his relative Satish Pal, were on Friday presented to the metropolitan magistrate’s court and remanded in police custody till December 3, 2013.

The two were arrested by the special team of Delhi police and later on handed to the Economic Offences Wing (EOW) of the Mumbai police for further investigation.

Ram Sumiran, 38, is one of the alleged fraudster, who engineered the SpeakAsia scam, cheating more than 24 lakh investors in India. He was picked up from Dehra Dun and given leads resulted in the arrest of Satish, 29, who stayed in Najafgarh.

Both are prime accused in the case and were on the run for some time, said Pradeep Gharat, special public prosecutor.

The prosecution notified the court that the two possess properties worth crores of rupees in Uttar Pradesh and Delhi. ”

“The properties owned by Ram Sumiran Pal and his cousin Satish Pal are out of proportion to their earnings and therefore needed to investigate thoroughly,” Gharat pointed out.