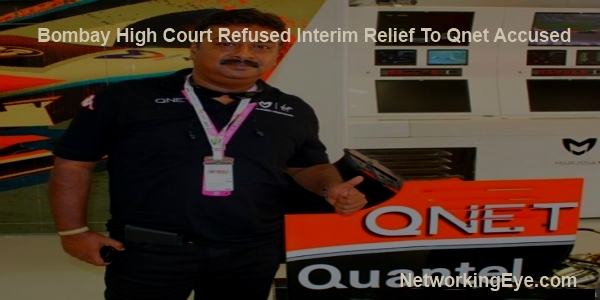 The defense advocate, Niteen pradhan of Transview Enterprise India,  argued that the company imported goods from Hong kong to India for Qnet and not involved in any other alleged scam. Mr.Pradhan requested that the bank account should be defrozen for the company, as the company needs to pay around 4 crore as taxes. If the taxes are not paid then the concerned authority will take action under the penal provisions.

The EOW advocate, Pradeep Gharat opposed the petition and said as the investigation is still on and the accused was one of the prime accused, so no leniency should be shown to him.

The last hearing on this petition would be on March 6 and till then ,no interim relief would be given by the court.