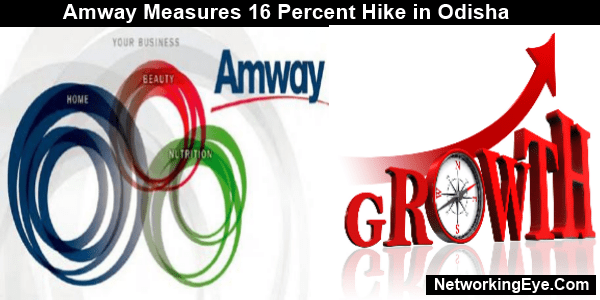 Amway Group, India has presented a 16 percent of hike in the Odisha state during the financial year 2013.

The well-known international network-marketing group pronounced this news at a press conference in Odisha. According to the vice president of the east zone Mr. Diptarag Bhattacharjee, Odisha has appeared as one of the prominent state among the chief 10 states of India regarding development and business prospects.

There was also an announcement for the launch of a new line of summer colors under the brand Attitude in Odisha and in the eastern province. Bhattacharjee mentioned, “The latest launch of ‘Attitude Summer colors’ delivers a larger choice of colourful cosmetics for every user. The motive for the new launch aims on youth section and to grab a strong holds on the beauty section of Amway.”

In the year 2013, the Amway India group recorded a remarkable turnover of Rs 2,169 crore. The hike measured was of 20 percent compound annual growth rate in a five-year duration between 2008-2013.

Amway India is targeting to cross the Rs 5000 crore position of profit in the next five years.