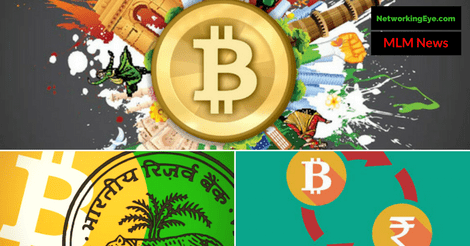 The recent incident where the major Indian newspapers have misrepresented the issue of the legality of bitcoin in India has sparked an urge to call for the Indian government to clearly state its position on the legitimacy of bitcoin.

Status of Bitcoin’s legality in India

Last week, an Indian News Media incorrectly reported that the Minister of State for Finance had deemed bitcoin as illegal which caused a major stir nationwide.

However, at no point has it been explicitly stated that bitcoin is illegal as per the published respond by the Minister of for Finance, Shri Arjun Ram Meghwal, on March 28, 2017, to the question put forward by Dr K.V.P. Ramachandra Rao.

The absence of counterparties in the usage of [virtual currencies] including bitcoins, for illicit and illegal activities in anonymous/ pseudonymous systems could subject the users to unintentional breaches of anti-money laundering and combating the financing of terrorism (AML/CFT) laws.

The statement by the Minister of Finance could probably be a response to concerns raised by BJP MP Kirit Somaiya last week. Somaiya had called for the regulation of bitcoin calling it a hypothetical currency and questioned if it was a “pyramid Ponzi type scheme.”

Press Trust of India, a non-profit cooperative that makes for the largest news agency in the country, had reported Meghwal’s statement. This report was splashed and duplicated by major newspapers and TV media stations giving it a sensationalist angle.

This incident has sparked an urge to call for the Indian government to clearly state its position on the legitimacy of bitcoin.

A petition has been created on Change.org urging the Indian Government to announce bitcoins and cryptocurrencies as legal. It already has 9852 signatures as on April 2, 2017. Another petition of similar scope has 1164 supporters.

RBI stated in the circular that ” The creation, trading or usage of VCs including Bitcoins, as a medium for payment are not authorised by any central bank or monetary authority. No regulatory approvals, registration or authorisation is stated to have been obtained by the entities concerned for carrying on such activities. As such, they may pose several risks to their users” Link

Formation of DABFI for the growth of Virtual Currency Market

The lack of any regulatory bodies to regulate the do’s and do not in the virtual currency market, has lead four startup companies, viz, Cryptocurrency Zebpay, Unocoin, Coinsecure and Searchtrade to jointly launch the Digital Asset and Blockchain Foundation of India (DABFI).

The DABFI will underline self-regulatory regimes for the trading of bitcoins and other blockchain based digital assets. They will also regulate KYC/ AML/ STRS norms for the member companies.

An International law firm, Nishith Desai Associates, has been chosen to develop self-regulations for the industry.

A committee has been formed which is spearheaded by the CEO of Zebpay, Saurabh Agrawal. Sandeep Goenka (Zebpay), Mohit Kalra (Coinsecure), Sathvik Vishwanath (Unocoin), Harish B V (Unocoin) and Vishal Gupta (Searchtrade), Rashmit Gupta (Searchtrade) are the members of this committee.

CEO of Zebpay, Agarwal said,”This organisation aims to drive education and create the market for blockchain and bitcoin in the Indian market which is now on the path of the digital economy. Our vision would be to work with regulators and develop a strong framework for our industry to provide required impetus for the growth of the industry.”

As per Sathvik Vishwanath of Unocoin, the price of bitcoin was $450 per bitcoin in February 2016. It has increased to $1100 in February 2017 per bitcoin. The DABFI would also caution ordinary people, with no understanding of the digital currency market, not to be lured into ‎trading in bitcoin as it is volatile.

With the new records of the cryptocurrency in the month of January 2017 at $990.87, there has been considerable interest from users. The currency is slowly and gradually gaining ground and is being accepted as a means of payment for mobile recharge, payments for DTH , online shopping and countless list. There are as many as six million bitcoins trade happening every day across the globe.

Why the hype and confusion around Bitcoin?

BJP MP Kirit Somaiya’s concern over the digital currency is not unexpected. In last one year, the price of bitcoin has increased 214 percent to an all-time record high of USD 1,300.

The currency does not promise any return on investment, except for capital appreciation. However, in the words of the CEO and founder of Searchtrade, “The problem lies with MLM companies who have picked on its popularity and used it to sell unsustainable financial schemes to people.”

As per the CEO of Unocoin, a popular bitcoin wallet, Sathvil Vishwanath, the rates of bitcoin has increased since they have started dealing into it, however, post-demonetisation demand from India has also increased manifold. On Indian exchanges, the bitcoin prices are being quoted at 25-30 per cent higher than cost.

Sandeep Goenka, CEO of Zebpay, one of the largest bitcoin exchanges in the country, said, “Indians are enquiring about bitcoins as an alternative and safe investment option. They are downloading Zebpay as they want to experiment with digital currencies. There has been a 50 percent increase in Zebpay downloads.”

Other bitcoin trading exchanges also confirm that they have witnessed a rise in user base by 250 percent but added that the amount of transaction India does in the digital currency is still relatively low.

More than 300 million people in India use their phones to frequently access the internet, which also allows them to freely deal in bitcoin. Zebpay, one of India’s largest trading platform, expects to add 50,000 users a month. Unocoin too announced that they had broken all records last month and 1,600 merchants.

This surely points towards the fact that bitcoin has a strong potential for growth in India.

In December 2016, The Indian finance ministry formulated a committee known as Watal committee for the purpose of studying the digital payment and blockchain technology. As per the statement, the digital currency is cost efficient for government and hence there will be more tax vigilance and will be resistant to counterfeiting.

Recently in 2017 RBI’S institute for Development and Research in Banking Technology (IDRBT), issued a white paper and pilot tests for blockchain technology. So we may see digital currency in circulation, sooner than we expect.

But Bitcoin is not without limitations, as it is only a mere digital code has no intrinsic value and is not backed by gold, silver or anything tangible. Who knows what will be the future of currency, but a majority of experts in economics believe that only a currency with intrinsic value will be ultimate fate. As Ayn Rand has said “you can ignore reality, but you can’t ignore consequences of ignoring reality”

Legal Status of Bitcoin in other countries

Japan is the first country to accept Bitcoin as a legal tender. The USA is already doing a huge number of micro transactions every day in bitcoin. Over 260,000 Japanese stores will be accepting Bitcoin as currency for transactions.

It is a clear indication that the Bitcoin adoption will only increase – Japan and worldwide.

The Russian Government has already confirmed the legal status of the cryptocurrencies like Bitcoin. The Government defines digital currencies including Bitcoin as foreign currencies.

Even the Australian Government are open to Cryptocurrencies like Bitcoin. Buying and mining of Bitcoins are not considered illegal and companies are also allowed to trade in Bitcoin.

The Canadian government has also embraced Bitcoin and said that any Bitcoin transaction will be viewed as barter transactions and profits will be taxed.

The United Kingdom has till now voted in favour of Bitcoin and has given it a legal status however the Government has not yet ruled Bitcoin as a currency.

The Chinese Government initially were in favour of Bitcoin. However, with large investments pouring into Bitcoin, the government started issuing warnings against the currency.