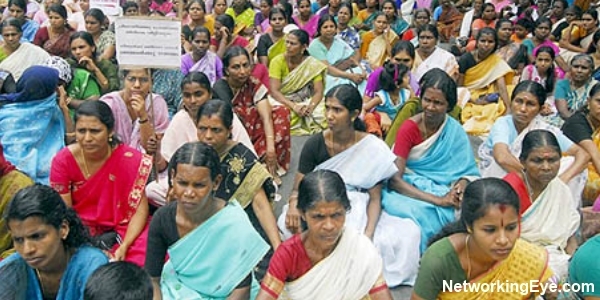 KOCHI:  People who are associated with MLM sector in Kerala are facing regular harassment by the authorities. Specially women distributors and families of workers of network marketing business will go on a protest throughout ‘Onam’ festival on September 16 in front of the secretariat in Thiruvanathapuram.

As a last hope, women distributes and others associated with same mlm business have chosen to go on a protest on September 16. If the government falls short to address their complaint after the strike, the agitation will be heightened as reported by Distributors Protection Council members.

They stated this was a “wake up” call to the state government, which was “sleeping” over the issues dealing with the mlm market.

Almost a year back, Kerala Authorities had launched raids against various MLM business, which includes Amway, Modicare, Mona. vie to name a few and close down offices of all Direct selling companies operating in MLM model.

Though Chief Minister Oommen Chandy had promised to take essential actions to resolve the concern, which had an effect on over five lakh households in the state, nothing had been initiated in the last 10 months.

MLM market has been running in Kerala since 1995 providing self employment opportunities to lakhs of individuals, primarily women. Over 60 per cent of active members in this market are women. From 1995 to 2011, different governments came to power, where they just supported and encouraged this sector.

The government had actually gained over Rs 2,500 crore in Sales Tax alone in the last 15 years from the mlm sector, where company is done just through sale of items. In 2009-10 financial, over Rs 250 crore had actually gone to the state exchequer by way of sales tax from mlm sector itself.

The police action which started after UDF came into power had led to a loss of over Rs 500 crore for the exchequer as well as rendered more than 5 lakh families unemployment, they stated.

While business model was being successfully operated in different nations and accepted in all other Indian states, it was hard to understand why Kerala Government alone was hell bent on shutting the sector, the members said.