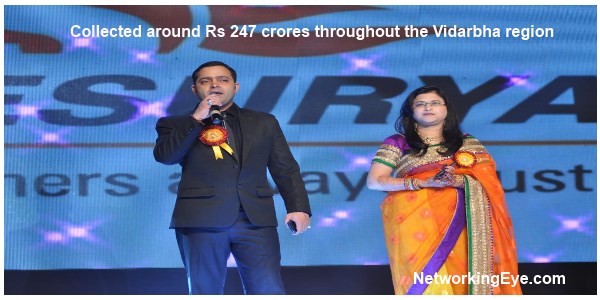 Finally, Sameer Sudhir Joshi, chairman of investment company ‘Shreesurya, has been arrested for alleged embezzlement by his company to a sum of Rs 247 crores.

Last night, the implicated, Sameer Sudhir Joshi, was picked up from his Dhantoli house.

Joshi’s spouse, who holds the post of director at ‘Shreesurya’ and is also an accused in the case, was yet to be arrested.

The investment company ‘Shreesurya’ was floated to get into the business of retail stores, edible oil, milk and a number of branded products.

They allegedly fooled gullible investors while promising them high returns with an interest of up to 12.50 per cent, police said.

They collected around Rs 247 crores throughout the Vidarbha region, mainly retired government servants and businessmen fell into the trap.

Lately, Police received lot of complaints from the investors, who did get promised returns on the invested money. On the same issue, the Economic Offences Wing (EOW) is already conducting a through investigation.

The couple is already registered under the relevant sections of the IPC and provisions of Maharashtra Protection of Investors Deposit Act, 1999, on September 14 this year.