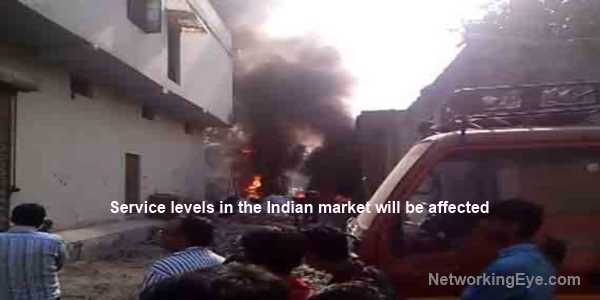 Noida (UP): Goods estimated to be worth crores of rupees were destroyed in a major fire at the main warehouses of a oriflame India pvt ltd in Bisrakh Industrial area of Greater Noida.

Ten fire fighters were sent there immediately,It almost took around five hours to bring the situation under control a fire official told. No injured was reported in the fire incident.

It is yet to ascertain, how the fire broke out at the warehouse.

Now due to the fire, service levels in the Indian market will be affected during the fourth quarter of 2013 and the first quarter of 2014