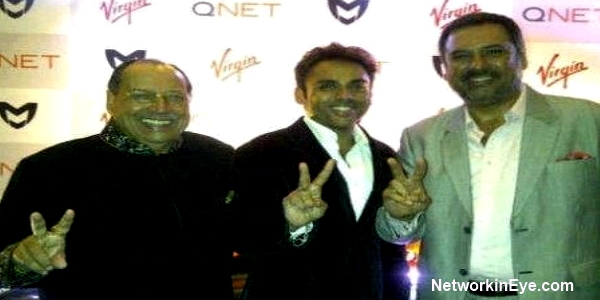 For quite some time, Michael Ferreira was avoiding appearing before Mumbai Economic Offences Wing in connection to the Rs 425 crore QNet scam but appeared on Monday, when the Session Court asked him to do so.

From past many days, Ferreira was avoiding appearing before the Mumbai Economic Offences Wing but later changed his mind when the Mumbai session court hearing his anticipatory bail application directed him to present himself before the police by 27th January.

Prior to this, on 2nd January, Mumbai Police has issued a lookout notice against Ferreira, when he did not appear before them, in spite of summons issued in the second week of December, where EOW asked him to explain his role and association with Qnet.

Last week when the Sessions Court granted interim bail to Ferreira from arrest till 31st January also directed him to appear in person before the EOW.

The former world champion is founder of Faith, where he started as a distributor network under the QI brand.

Ferreira said “I am shocked to find that this simple thing has been blown out of proportion by the media and I am being portrayed like some demon. As for the company due paying investors, I am also shocked to hear that,”.

In December when he spoke with news channels, Ferreira  said that he would appear before the investigating agency as soon as he returns to India. During the interaction he also defended Qnet.