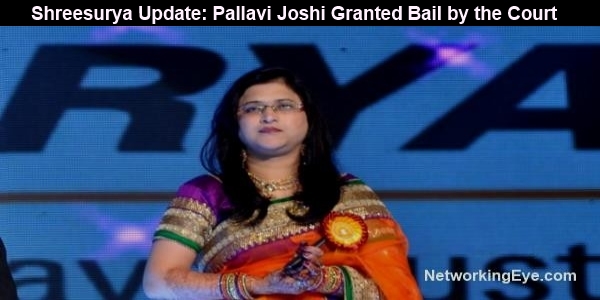 Pallavi Joshi, co-accused in the alleged Shreesurya scam was given bail by the Nagpur bench of Bombay high court. The bail got approval, when the police informed the court that they do not need her for additional custody. Three pre-conditions were laid out for the bail, which includes, Rs1 lakh surety, surrendering of passport and she must take police permission before leaving Nagpur.

Previously bail plea of Pallavi was turned down by the sessions court, when the Economic Offences Wing (EOW) insisted on her custody. Back then, her lawyer Chandrashekhar Jaltare explained to the court that she had two daughters, who are consistently asking for their mother and due to her absence, the younger one would need psychological therapy. She is believed to have actually accepted substantial deposits from the financiers directly. Also her job as a director of Shreesurya Dream Destinations Pvt Ltd was under scanner.