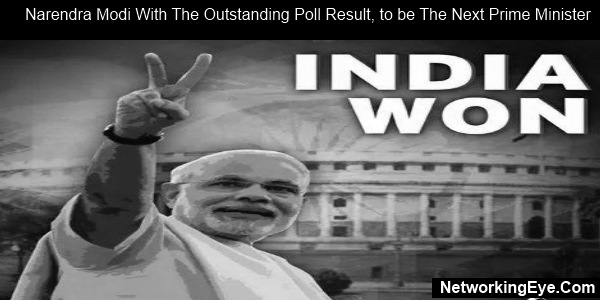 Narendra Modi, the leader of the Bharatiya Janata Party claimed victory as India’s next and 16th Prime Minister on Friday. Official results show his party winning at least 275 of 543 parliamentary seats, carrying a clear majority. It is first time in three decades that nation’s 540 million voters choose a single party to rule one of the world’s biggest nations.

Modi the state’s chief minister was criticized for his past negligence towards communal violence but all parlor critics got stripped when Supreme Court ordered an investigation and remitted him of blame.

Modi’s triumph had long been projected, as polls casted a plunge in support for the congress party, which have been considered as the back for every high profile corruption, scandals, inflation and a low paced economy.

The president Barack Obama has congratulated Mr. Narendra Modi on his success and invited him to Washington, according to the White House.