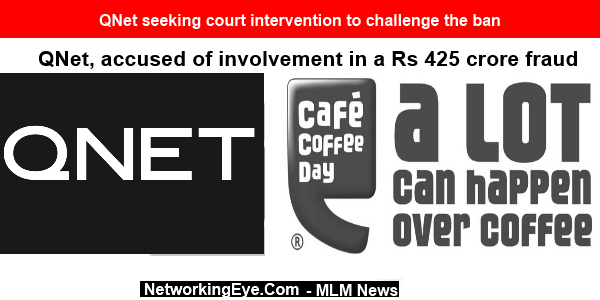 Almost 2 months after the Mumbai authorities ordered cafe Cafe Coffee Day (CCD) to close doors to representatives of Hong Kong-based MLM  company QNet. Now one of its franchises has actually challenged the restriction in the Karnataka high court.

Vihaan Direct Selling (India) Pvt Ltd has moved the Karnataka high court challenging the ban imposed by the Mumbai police,” special prosecutor Pradeep Gharat said. Vihaan, in its petition, has said their legal and constitutional rights were violated because of the ban. “We will be filing a detailed reply in the Karnataka high court stating that the Mumbai police has not restricted any individual from entering the coffee shop. However, the ban is only for taking part in business activities and indulging in any further criminal activities,” said Mr Gharat.

On October 25, the Mumbai Police had directed CCD to shut its doors to representatives of QNet, accused of involvement in a Rs 425 crore fraud, and its franchise after it was discovered that representatives and employees of the beleaguered company and its associated firms often frequented the city-based outlets of CCD to lure prospective members. The Economic Offences Wing has so far arrested 10 persons for allegedly duping investors by fraudulent practices.