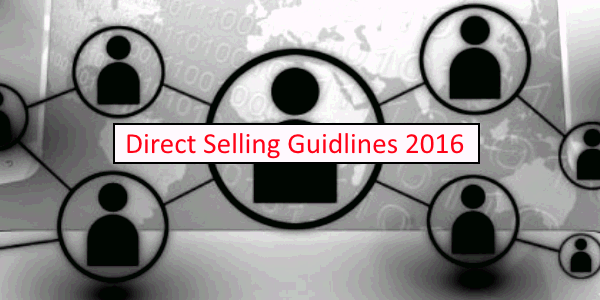 The government of India on Monday has issued a series of guidelines for states to regulate the direct selling sector. This implies that the Rs. 10,000 Cr industry could come under the strict Consumer Protection Act, 1986.

Many steps have been taken in an attempt to safeguard the interest of individuals involved in this industry. The guideline clearly prohibits the use of pyramid structure and money circulation scheme.

In the year 2014 William Pinckney, managing director & chief executive officer (CEO) for Amway was wrongly arrested under the Prize Chits and Money Circulation Schemes (Banning) Act, 1978.This arrest had put a question mark on the legitimacy of the direct selling industry operating in India. For a long time, direct selling companies operating in India has been the soft target and unfairly identified as the fraudsters. With these new guidelines, it is hoped that the industry will see a direction and clear rules that differentiate them from Ponzi and pyramids schemes.

Ministry of Consumers Affairs, Food & Public Distribution Department of Consumer Affairs has issued an official Memorandum on September 09, 2016. Model guidelines on direct selling have been formulated on deliberation of the Inter-Ministerial Committee and consultation with the stakeholders. The State Governments and UT’s will take necessary action to implement the same. The State Government will have to set up a mechanism to monitor and supervise the activities of Direct Selling industry.

The memorandum also states that all direct selling entity conducting direct selling activities will have to submit an undertaking to the Department of Consumer Affairs that it is in compliance with the guidelines issued and also provide details of its incorporation within 90 days.

The Food & Consumer Affairs Minister Ram Vilas Paswan has released the Direct Selling Guidelines 2016 framework. The states and Union Territories will adopt the model guidelines as per their requirements

For easy understanding and execution, the memorandum has defined various terms:

As per the guidelines, all direct selling entities need to follow the below condition. They will get 90 days from publication of the notification in the Gazette to be compliant.

The details of monitoring authority for Direct Selling Industry is also mentioned :