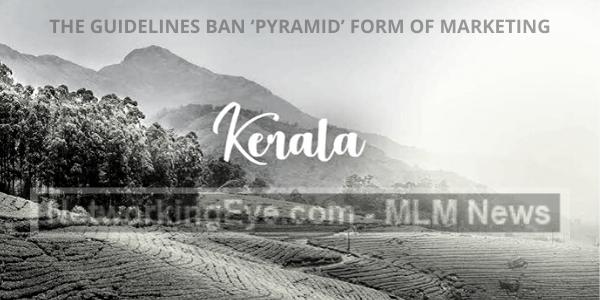 The Kerala state government has expedited the process for fully activating the functions of a ‘monitoring authority’, set up to regulate the activities of multi-level marketing (MLM) and direct-selling firms in the state. In order to firmly implement the guidelines that have been framed to put a check on the activities of MLM firms, an officer in the rank of Under Secretary from Taxes department has been appointed the nodal officer in the monitoring authority.

According to officials, the guidelines ban ‘pyramid’ form of marketing. Stern action will be taken against direct-selling and MLM firms indulging in chain-level pyramid schemes. One of the guidelines is as follows: “Prohibition of Pyramid Scheme and Money Circulation Scheme. No person or entity shall promote a Pyramid Scheme, as defined in Clause 1(11) or enrol any person to such scheme or participate in such arrangement in any manner whatsoever in the garb of doing Direct Selling business.

2. No person or entity will participate in Money Circulation Scheme, as defined in Clause 1(12) in the garb of Direct Selling of Business Opportunities.”As per the guidelines, ‘direct selling’ means marketing, distribution and sale of goods or providing of services as a part of a network of direct selling other than under a pyramid scheme. ‘Direct selling entity’ means an entity not being engaged in a pyramid scheme, which sells or offers to sell goods or services through a direct seller.

What is a pyramid scheme?