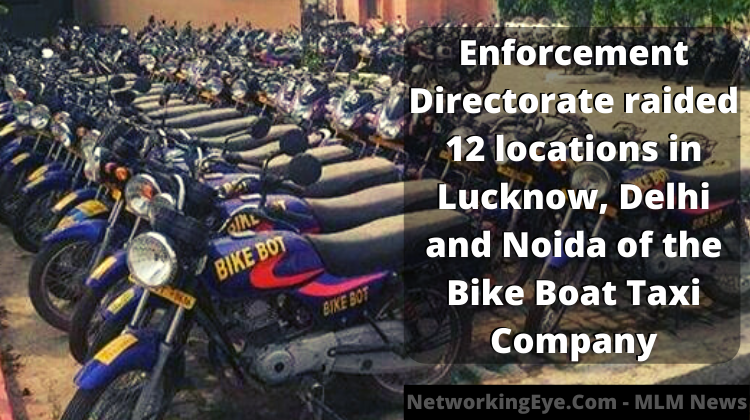 On Saturday, the Enforcement Directorate raided 12 locations in Lucknow, Delhi and Noida of the Bike Boat Taxi Company. The company defrauded millions of investors by running a bike taxi service on the lines of Ola and Uber.

According to the ED, on Saturday, different teams raided six locations, including Vijay Khand, Rajajipuram and Para of Gomtinagar in the Bike Boat Lucknow. Apart from this, documents were also scrutinized at four places in Noida and two in Delhi.

The ED also scrutinized documents of the associated channel about Sanjay Bhati’s stake in the channel.

The money collected from 1.75 investors was further invested in bogus loans, fake companies and trusts. By paying some commission to these funds, the operators withdrew themselves from other sources. Sanjay turned the black money into white through these fake companies. He formed many shell companies and invested investors’ money through them
The ED has traced this money trail associated with the company. Now with this, the ED will tighten its grip on the other people involved in the hawala racket. According to the investigation, Sanjay bought properties in his and his family’s name with the money from the Ponzi scheme.