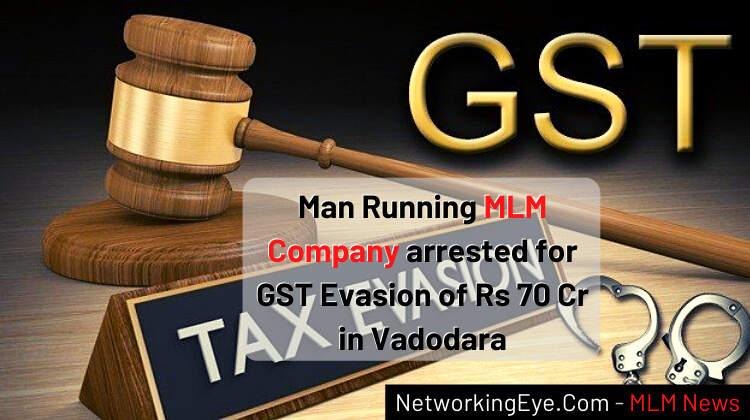 The Central Goods and Services Tax (CGST), Vadodara, officials have arrested a businessman named Dilip Jain for evading Rs 70 Cr of GST/CE  by providing other financial services through four unregistered entities under GST.

The businessman Dilip Jain was arrested after GST investigations revealed that he hadn’t registered with the GST department and avoided paying taxes on the financial services he offered. The senior officers also said that Dilip Jain offered financial services and ran multi-level marketing company.

He used to charges Rs 8,500 from those who joined his firm and gave a fixed return as commission to the member.

The investigating officers said that “All the services Jain offered come under GST purview. But he didn’t have GST registration and he never paid taxes and also investigations revealed that he avoided paying GST approximate of Rs 70 crore. This is just an initial amount that may go up in the coming days,”