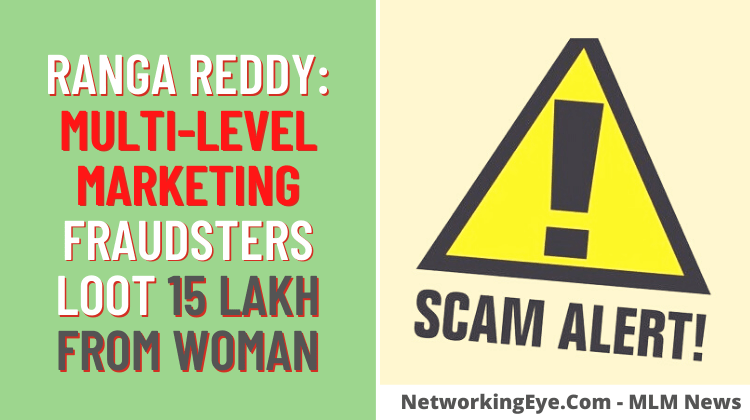 Cyberabad police on Wednesday cautioned that the Multi-Level Marketing (MLM) fraudsters back in the market with new modus operandi.
Owing to the easy trap methods into Multi-level marketing frauds, the fraudsters have always returned to trap vulnerable people.

The most important fact about this fraud system is the new techniques adopted by the fraudsters to get into the minds of their probable victims. Trust and vulnerability plays important factors in becoming victims to such traps, a police statement here said.

However, from time to time the Cyberabad police have been issuing warnings to all the people especially housewives, young women and unemployed youth about the fraud system.

In yet another case of MLM fraud system, the Miyapur police had arrested a gang of four people in this connection. The accused were identified as Subodh, Deekshit, Uday Jeevan and Rahul Malani

Suboth the mastermind of the game plan used to lure people of high returns on particular business investment and when their probable victim would invest in their fake scheme, they used to harass the victim to make others join the scheme and once they are completely trapped into the system they used to exploit the women sexually and in various other means.

In this way, they had extracted an amount of Rs 15 lakhs from a woman and had harassed her in all possible ways. All four suspects were arrested and remanded in judicial custody.

Cyberabad police hereby warn people to stay away from such fake schemes, as money does not come for free.

We request the common people to get in touch with us on the number 9490617444 through call or WhatsApp if they find themselves caught in such fraud systems. Apart from this, one can also dial 100 to register a complaint with the local police station.