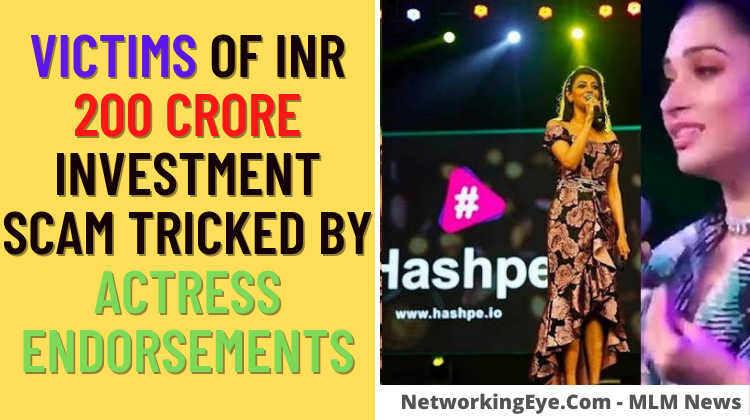 According to reports, thousands of people in India have fallen victim to a large-scale scam by a company called Hashpe. The victims claim that they were promised INR 3 lakh ($4,000) within 300 days in return for an initial investment of INR 1 lakh ($1,335). However, when they attempted to collect their earnings, they discovered that they had been cheated. It is estimated that around 5,000 investors lost a total of INR 200 crore ($26.7 million) to the company.

The scam is said to have been run using a multi-level marketing (MLM) method, similar to the one depicted in the Indian movie “Sathuranga Vettai.” Hashpe, which operated in Chennai and Coimbatore, promised to invest the money of its investors in cryptocurrency but instead used the funds to operate a pyramid scheme. The investors have filed a complaint with the Chennai Police, alleging that the company cheated more than INR 200 crore from 5,000 people.

According to the complaint, Hashpe encouraged its investors to recruit more people to join the company in exchange for commissions. The company also reportedly used the money invested by its clients to purchase TCX coins. Hashpe is said to have used endorsements from actresses Tamanna and Kajal Agarwal and conducted events at luxury hotels and on ships in order to attract new investors.

One victim of the scam told reporters that he had invested in Hashpe on the recommendation of a friend and based on his previous experience with other companies. However, the company’s main members, Imran, Babu, and Hitesh Jain, are accused of confusing investors by naming different types of coins and explaining their values, before ultimately withholding the promised returns. Investors from various states across India have reported being affected by the scam.

In addition to being cheated out of their investments, some victims have also reported receiving death threats from Hashpe’s authorities when attempting to get answers about their missing funds. The company is believed to have cheated more than INR 2,000 crore ($267 million) from investors all over India. Given the number of complaints and the amount of money lost, the case may be transferred to the Economic Offences Wing for further investigation.