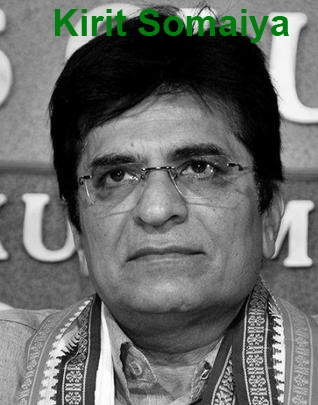 The Maharashtra Government is going easy on companies providing ponzi schemes to investors, senior BJP leader Kirit Somaiya has alleged. He stated the Government has actually not learned from West Bengal’s Saradha Group fraud. Companies with similar operations in the State are not being examined by the authorities, he declared.

Somaiya, who is also the President of the Investors’ Grievances Forum, stated that these ponzi business have actually deployed countless agents throughout Maharashtra for collection of cash from customers. Numerous schemes, where profit in short time though MLM and offering land at low rates, are being utilized as a ploy for bring in investors, he said.

“I have personally written and met the Economic Offences Wing (EOW) of Mumbai Authorities against these dubious business schemes. However no action has been initiated till date. It appears that the EOW is attempting to settle the complaints inside,” he affirmed.

He said an immediate bodies like SEBI, Income Tax Department, Enforcement Directorate and Mumbai Authorities must discuss on the issue to fight against such ponzi schemes and deploy a task force to study and curb such schemes.

Any business paying more than 20 per cent commission to the investors must be asked to explain its nature of business immediately.

Somaiya pointed that a business like MMM India has been looking for cash from investors, but its nature of company is unknown.

The Maharashtra Government has not taken any activity on MMM INDIA. Just recently, Andhra Pradesh authorities initiated some action on MMM INDIA through a press release, he said.

He pointed out that when it come to another company, Samruddha Jeevan Foods, against whom grievance was lodged with authorities and the cops investigating the case were caught by the Anti-Corruption Bureau for accepting bribe of Rs 65 lakh.