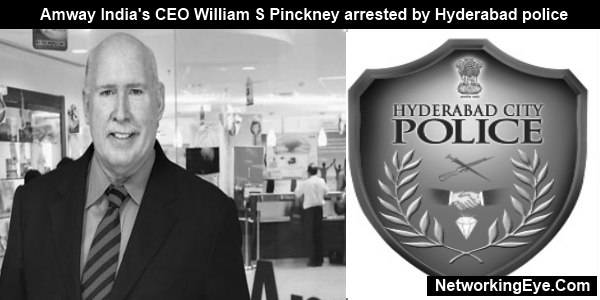 As per officials, Monday’s arrest is based on a consumer complaint alleging unethical circulation of money through Amway’s operations filed in the state in December 2013. The same was also confirmed by  Amway India.

In the official statement, Amway India said “This is a very unfortunate incident that our senior official is being taken into custody by the Kurnool Police. Amway, as a law-abiding corporate, has always followed law of the land, fully cooperated in all ongoing investigations and has been responsive to queries and documentation,” the company said.

Amway India officials also said that all the required information and documents were submitted to the investigating police officials. Amway also added that Amway had no prior information on this case and nor have we been approached by any investigating agency.

Pinckney and two company directors were released on bail the next day on alleged charges of cheating. All three officials are booked under the Prize Chits and Money Circulation Schemes (Banning) Act.