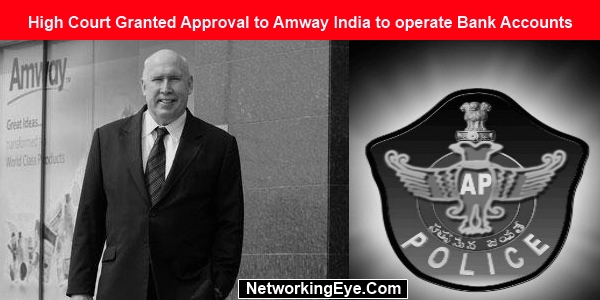 On Tuesday, Justice Nooty Ramamohana Rao of the Hyderabad High Court granted approval to Amway India to run 50 per cent of the cash from its bank account in the state.

Amway India filed writ petition, when they came to know that, the superintendent of police, Kurnool directed the police to seize all the bank accounts in the state. After the writ petition hearing, the court granted the relief to Amway India. During the hearing, the consul of Amway India contested that the investigation has been been handed over to the CB-CID, the superintendent of police had no power to seize Amway India’s bank account.

Whereas as earlier, Amway President Doug DeVos has sought the intervention of the Narendra Modi government for the release of the company’s India head William Scott Pinckney.