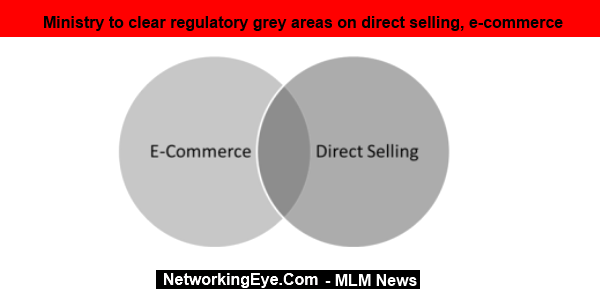 While a committee comprising representatives from the Government departments concerned will meet to deliberate over direct selling norms on December 8, a proposal framed through joint consultation with other departments will be sent to the Cabinet Secretariat in a few days, an official source toldBusinessLine on Wednesday.

Direct sellers under the Indian Direct Selling Association (IDSA) registered a turnover of over ₹7,400 crore in 2013-14, and have raised concerns over ‘murky’ government regulation, citing the inapplicability of the Prize Chits and Money Circulation Schemes (Banning) Act (1978) which, they say, does not distinguish between direct selling companies, such as Amway and Tupperware, and those engaging in investment-related frauds or Ponzi schemes.

“The meeting will define what no-strings-attached direct selling that does not involve financial transactions, as in a business relationship, actually is and the scale of activity. Legitimate models, that are not money-making schemes, will be regulated under the Consumer Protection Act (1986),” said an official.

The consensus at the Ministry’s meeting with officials from the Department of Financial Services (DFS) earlier was that the ‘Amway model’ was not a simple buyer-seller transaction, such as other door-to-door sales or e-commerce purchases. The DFS will also participate in the committee meeting.

“The model is different since one must buy the products from a company and sell these to consumers as an agent. A commission is paid on the basis of performance. There’s a difference between buying from a seller and ending a transaction and becoming an agent for a large company. It ceases to be a consumer issue since it’s a business relationship. Such players must consult the DFS,” he explained.

He added that the Ministry will only examine the necessity of regulation where buyers and sellers interact without an intermediary.

Following Junior Consumer Affairs Minister Raosaheb Patil Danve’s statement that e-commerce companies will be covered under the Consumer Protection Act, the Ministry proposal will seek delegation of regulatory responsibility of the online sales space to a specific department.

“We will undertake it if we are directed to. There is a grey area at present about who in the Government is responsible for e-commerce regulation. It’s not just us, the Department of Industrial Promotion and Policy (DIPP) and Information Technology Department (DoIT), for instance, have serious things to say,” said the official. Representatives from the Ministries of Commerce and Micro Small and Medium Enterprises will also participate in framing the proposal.

It is also believed that no new regulatory mechanism may be recommended from the consumer protection viewpoint if it is found that cases can be tackled through consumer forums.

According to a Nomura report published in July, the domestic e-commerce market, among the fastest growing in the Asia-Pacific region, is likely to be worth $43 billion by 2019.