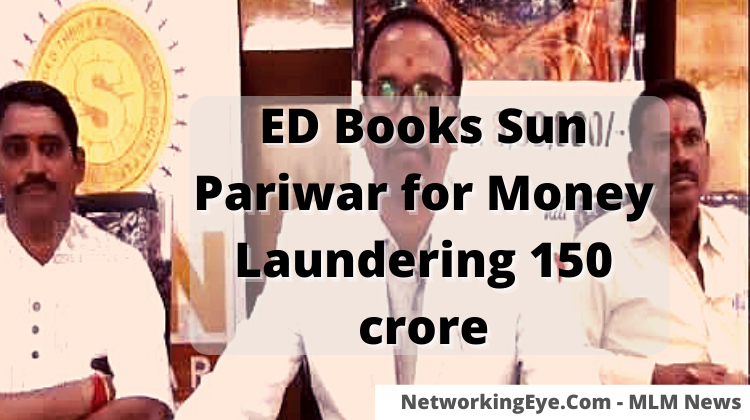 Earlier, the Cyberabad police had arrested the accused in a scam in which thousands were cheated to the tune of Rs 150 crore.

On December 14, 2018, Cyberabad police had arrested Sun Pariwar CEO M Ravinder on allegations that the company had lured customers with fake schemes and had collected Rs 150 crore from them in the form of deposits.

Police then froze Rs 14 crore of cash reserves in bank accounts of Sun Pariwar companies in Telangana and Andhra Pradesh.

The key accused in the scam, company CEO M Ravinder, had started his career as a government school teacher in Siddipet. Ravinder went on to float a company in the name of his associates and relatives. In March 2019, Cyberabad police commissioner VC Sajjanar had issued orders to detain Ravinder under the Preventive Detention (PD) Act.

A case was booked for cheating and under Section 5 of the Andhra Pradesh Protection of Depositors of Financial Establishments Act.

Shamirpet police had taken up the case. Based on the FIR and charges filed against the accused, the ED has taken up an investigation under PMLA.

They will now probe the money laundering while attachment orders will be issued after the investigation. The role of five other accused who were arrested in the scam is also under the scanner.