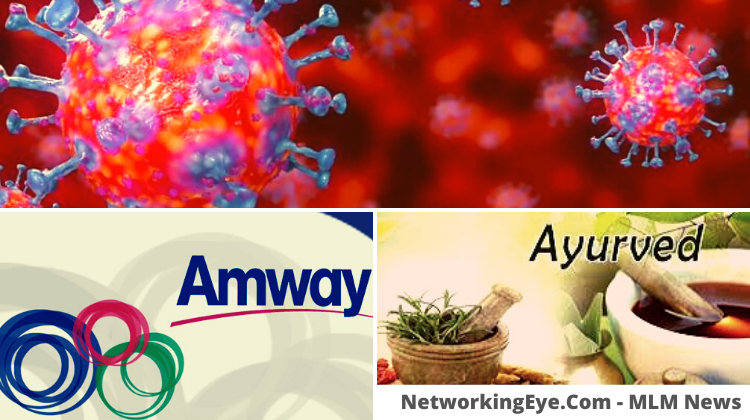 Amway, which counts China as its largest market and was allowed to run its factory in Guangzhou to produce its ‘Nutrilite’ health products although others in manufacturing sector such as cars and electronics have been shut, believes India could also consider building long-term immunity and a healthy society as the Chinese have done.

Crisis like outbreak of coronavirus provides an opportunity to revisit the ancient wisdom of Ayurveda for prevention of diseases through improved immunity and combine it with Western science for a holistic healthy living, according to global direct selling major Amway CEO Milind Pant.

Amway, which counts China as its largest market and was allowed to run its factory in Guangzhou to produce its ‘Nutrilite’ health products although others in manufacturing sector such as cars and electronics have been shut, believes India could also consider building long-term immunity and a healthy society as the Chinese have done in the wake of the outbreak.

Pant, the first non-family member to run the Amway business since its foundation in 1959, said the Ayurveda philosophy essentially talks about prevention.

“This is the right time. When there’s a high consciousness in society about healthy living and prevention. This is a good time for us to go back to our roots and see what strengths are there and combine it with efficacy and Western science.

“Ayurveda is not about curation. It’s about prevention and it’s prevention with a holistic lifestyle. In some conceptual sense, Nutrilite philosophy, and philosophy of ayurveda are very similar,” Pant told in an interview here. He said Amway sees itself playing a role towards building a healthy society as through holistic wellness.

“I think as the Indian society gets consciousness of ancient wisdom, and combine it with science and efficacy and Nutrilite we play a small role in it. I see that being a trend going forward,” he added. Sharing the company’s experience in China, the origin of coronavirus, he said, “We’re an interesting business when such tough issues come in, like coronavirus, the consciousness of society about healthy living, and long term immunity increases”.

The government of China, while all factories were shut in China, during the Lunar New Year, from car manufacturing to electronics production, Pant said, “The government of Guangzhou gave us a special permission for the Amway factory to remain open”.

This was because “the government believes in China that Amway Nutrilite products are part of a long term immunity and health a society and it wants to encourage society through this crisis, to move to a long term health, consciousness”, he added.

“So we remain open. So one of our challenges, after we keep people safe and make sure they’re well protected, is actually scramble to meet demand, higher demand for products in China, because the society, you know, slowly is realizing that prevention and long term prevention is probably the best route to such Black Swan events which have come up,” Pant said.

Amway has its largest team is based in China with almost 5,000 employees there, including manufacturing.

He, however, said it is a “tough time” for employees and distributors in China and Korea.