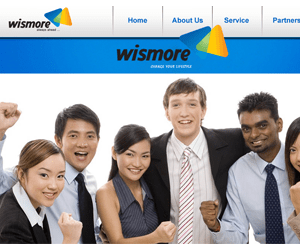 Kerala Police have arrested two persons in connection with a forex racket which has duped over 60 investors of several crores of rupees, while, at the same time, employees in Chennai have escaped

While the rupee has been grabbing headlines of late, what is little known or reported is that a multi-level marketing (MLM) company under the guise of foreign exchange trading, Wismore Trading and Investment Consultancy Pvt Ltd (Wismore Trading), has defrauded more than 60 hapless investors of several crores of rupees, by promising them lavish returns, since 2011. The company’s officials, Antony Devassia and K Jaikuttan, have been arrested by the Kerala police, according to The Asian Age, which reported the news. It is also reported, by Manorama News, that Wismore International India Pvt Ltd (Wismore International) has closed down and the employees escaped upon hearing the news of the arrests. These two episodes clearly show regulation, or lack of it, has once again failed to protect Indian investors and savers, and that smaller companies that fly under the radar are capable of robbing investors and savers of their hard-earned money.

According to the Asian Age, the Kerala police acted when it received two complaints from investors who had collectively lost Rs110 crore investing in Wismore Trading. The company’s modus operandi is similar to that of most MLMs and companies, which give ‘guaranteed’ returns. It supposedly, promised investors lucrative returns, of as much as 10%-15%, in exchange of large investments. It even paid initial investors regularly for at least three months to attract more savers. The money collected was deposited in another firm Wismore Trading FZC operating out of Ajman Free Zone in Dubai on the basis of fluctuations in currency value, reports The Asian Age.

What is more shocking is that the Tamil Nadu police have not taken any action because no official complaint has been filed in the state yet, even though they are aware of what happened. According to Manorama News, it is believed that employees of Wismore International escaped in three cars.

It is also interesting to note that the hoarding at the Wismore International office in Chennai has “Nirmal Bang” written in a larger typeface than Wismore. Moneylife wrote to Nirmal Bang seeking confirmation of whether the broker was indeed connected to Wismore International, in any capacity. We have not received any reply so far.

A quick glance at Wismore International website clearly shows that the company doesn’t look genuine. It even describes itself as a consumer-friendly company. For instance, Wismore International’s vision is to “Provide Healthy Products and Services with Life Changing Results” while its mission is to “Provide a Safer Platform for Forex Trading Solutions”. The company goes a step further describing its USP by using positive adjectives: “The USPs of Wismore are Transparency, Trustworthiness, Sincerity, Integrity, Experience, Promptness and Ethical Responsibilities.” Many financially illiterate investors usually fall for rosy descriptions like the ones described above.

It doesn’t stop here. In a similar case, the Peramangalam police arrested noted Kerala industrialist MK Kuruvila of Bangalore. He was arrested following a complaint lodged by Bijeesh, a native of Aamballoor, for swindling money from him, says Indian Express in a report. According to the Peramangalam police, Kuruvila had swindled Rs45 lakh on several occasions by saying that he would return the money after doubling it through foreign exchange trade and commodity trading. However, Kuruvila’s true intention came into lime light when he did not return Bijeesh’s money on time and did not answer his calls.

Kuruvila is accused of duping several people making them deposit money in his company called Pan Asia Brokers and Consultancy Pvt Ltd, a company registered with the ministry of corporate affairs. The police said that several other cheating cases were also registered against him at various police stations in the state. Sunil, a native of Amballur in Thirssur, had filed a complaint with the Pudukkad police against Kuruvila for cheating him of Rs52.35 lakh in the same manner.

Unfortunately, the state of regulation in India is in a mess. Savers often have to rely on police complaints to take action, especially after they have lost money. This isn’t the first time the police have unilaterally taken action on the basis of complaints. Moneylife had written about how the Andhra Pradesh police took action against unsafe and shady MLMs. The story can be accessed here: MLMs to face scrutiny by FIPB following action by Andhra Police.