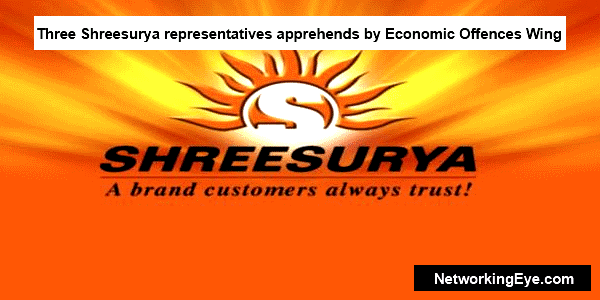 On Wednesday at Nagpur, the Economic Offences Wing (EOW) apprehended three Shreesurya group‘s agents for the investigation. The detained agents are A Suryawanshi, Nishikant Mayee and P Dange. Prior to this, the  directors of  Shreesurya group, Sameer Joshi and his wife Pallavi are already in police custody.

Vishnu Bhoye, the investigating officer said that the investigator have taken these three people into the custody, when they found out that almost 820 cases of cheating and fraud have been registered at many police stations in the city.

He also said that after the grilling all three of them will be presented to the court for the very same on Thursday.

The Shreesurya group fraud is said be of crores of rupees.