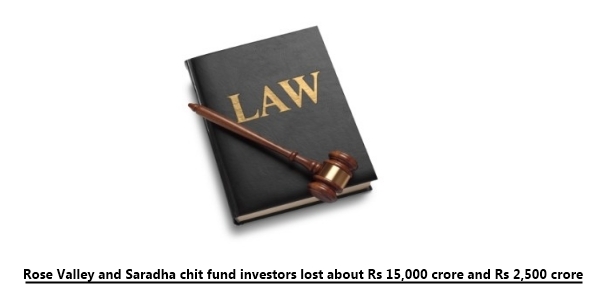 The government has put on hold the review of the ponzi scheme bill,which was suppose to bring about more clarity to distinguish between a genuine MLM company and ponzi money circulating companies.

The Finance Ministry had started the process to amend Prize Chits and Money Circulation Schemes (Banning) Act, 1978 to check the menace of ponzi schemes which continue to defraud investors of their hard-earned money.

The Ministry informed a recent meeting of representatives of central revenue intelligence and law enforcement agencies that the amendment bill “has been put on hold for the time being”, official sources said.

It was also informed that an inter-ministerial group (IMG) formed under Additional Secretary, Department of Economic Affairs, is looking into all aspects including the amendment of the Act, they said.

A ponzi scheme is a swindle in which quick return on an investment is offered. Major such scams being probed by CBI, Income Tax and other investigating agencies include those relating to Rose Valley and Saradha chit fund wherein investors lost about Rs 15,000 crore and Rs 2,500 crore respectively on false promise of good returns.

The Finance Ministry had earlier obtained comments from the industry on the amendments to the Act for a framework for regulation of MLM and pyramid marketing companies, the sources said.

It had also written to Indian Embassies and High Commissions of select countries to gather relevant legal and regulatory framework, and industry practises for direct selling and MLM or ponzi schemes, they said.

Sources said a Cabinet note will be prepared for the Bill’s introduction in Parliament after getting IMG’s recommendations and after considering other legal and regulatory issues.

Meanwhile, a new set of Standard Operating Procedures (SOP) is being formulated by the government for central and state law enforcement agencies for probing ponzi schemes.

The issue of ponzi schemes and ways to check them is regularly being discussed in meetings of Economic Intelligence Council, headed by Finance Minister Arun Jaitley, on intelligence sharing and financial crimes, they said.