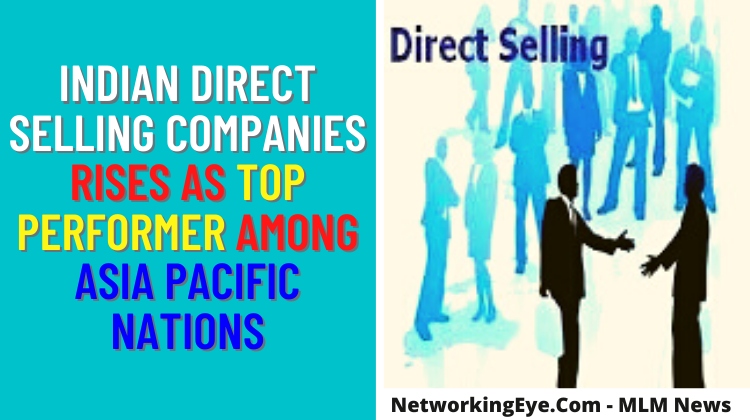 These are great signs for Indian Direct Selling companies, and we are now hopeful that India will find a place in top 5 direct selling markets much earlier than the previous estimates of a decade

India has moved to the 15th spot in the global direct selling markets for the year 2019, up from 19th position a year before as per the WFDSA Global Statistics 2019 released recently. The information was shared by Indian Direct Selling Association’s (IDSA) Chairperson Rini Sanyal while opening a symposium organised by IDSA on the need of introducing modern concepts of businesslike Direct Selling as part of academic curriculum.

World Federation of Direct Selling Associations (WFDSA) headquartered in Washington DC (USA), is the apex international body having representation from over 60 direct selling associations from around the world. As per the 2019 global statistical data, India is ranked 6th in terms of number of direct sellers.

“Amidst Covid-19 crisis across the world, this is a strong reason to cheer as the country has registered an impressive double-digit growth last year. India has recorded highest year on year growth rate of 12.1% and the highest CAGR of 16.3% over the period of last three years, amongst the top 20 direct selling markets across the globe. These are great signs for Indian Direct Selling sector, and we are now hopeful that India will find a place in top 5 direct selling markets much earlier than the previous estimates of a decade” said Rini Sanyal.

The symposium was jointly organised by IDSA and Shoolini University, highlighting the need of updating the academic scope at graduation and post-graduation levels to include emerging business models such us Direct Selling in the curriculum.

While delivering the keynote address at the symposium, Prof. R. Hariharan, Adviser – Policy and Academic Planning Bureau, AICTE emphasised that “The good aspects of Direct Selling should reach the common man to have a win-win situation. It can be a specialised field in Management Education. Direct Selling is going to play an important role in the future”