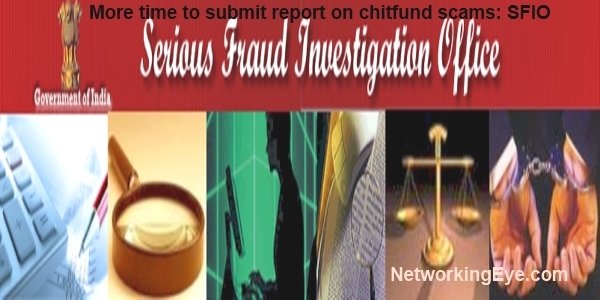 The SFIO (Serious Fraud Investigation Office) said that the report on chit fund scams by Saradha and other companies will be submitted by march.  The Ministry had earlier expected the final report by last December.

An interim report has already been submitted by SFIO in the month of September, and the final report is under the process, as the agency has collected most of the information like, computer servers and other relevant information related to the case.

SFIO said in its last interim report, that the chit fund companies were indulging in serious financial mismanagement and the funds were taken illegally out by its promoters.  They also tried to take advantage, where jurisdiction was overlapping and the same was used to exploit the regulatory gap.

At the same time three steps taken in investors favor: