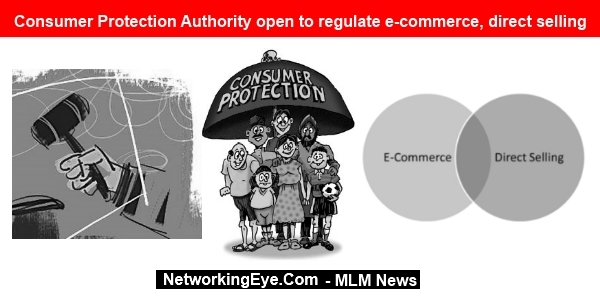 A Consumer Protection Authority after amending the Consumer Protection Act (1986) was suggested by some representatives at the first meeting of an inter-Ministerial group chaired by the Ministry of Consumer Affairs (MoCA) to iron out issues related to regulating the e-commerce and direct selling space.

The meeting, held on Monday, was attended by members from the Department of Financial Services (DFS), Enforcement Directorate, Department of Industrial Policy and Promotion (DIPP), Information Technology Department (DoIT) and the Ministry of Corporate Affairs, sources told Business Line on Tuesday.

Instead of setting up a new institution, it was suggested that the new Authority could take up the role of laying down direct selling and e-commerce norms. This needs to be looked into further,” said a Government official.

“There was no agreement on whether a new legislation is required or the existing guidelines under the Act were sufficient to regulate direct selling and e-commerce,” he added.

A recent study by Google and Forrester Consulting pegged the Indian e-tailing space to be worth $15 billion by 2016 with about $100 million online shoppers.

Consumer Affairs Minister Ram Vilas Paswan had stated last month that the Act will be amended to strengthen the grievance redressal system and expand its ambit to cover e-commerce, false advertising and product liability. The proposed Authority is likely to include ‘classes’ of consumers unlike the present stipulations which only pertain to individuals.

Last week, the Minister said he was in favour of a regulator for the nearly Rs. 7,500 crore direct-selling sector.

What most recommended was a body, independent of Government, which registers, controls, directs and regulates,” said the official, adding that the departments have been asked to provide written submissions over the next few days in order to proceed on the matter. A date for the second meeting is yet to be decided.

The official also said that the Prize Chits and Money Circulation Schemes (Banning) Act (1978), cited by direct sellers, such as Amway, as an obstacle to the sector’s growth, will continue to be under the sole purview of the DFS.