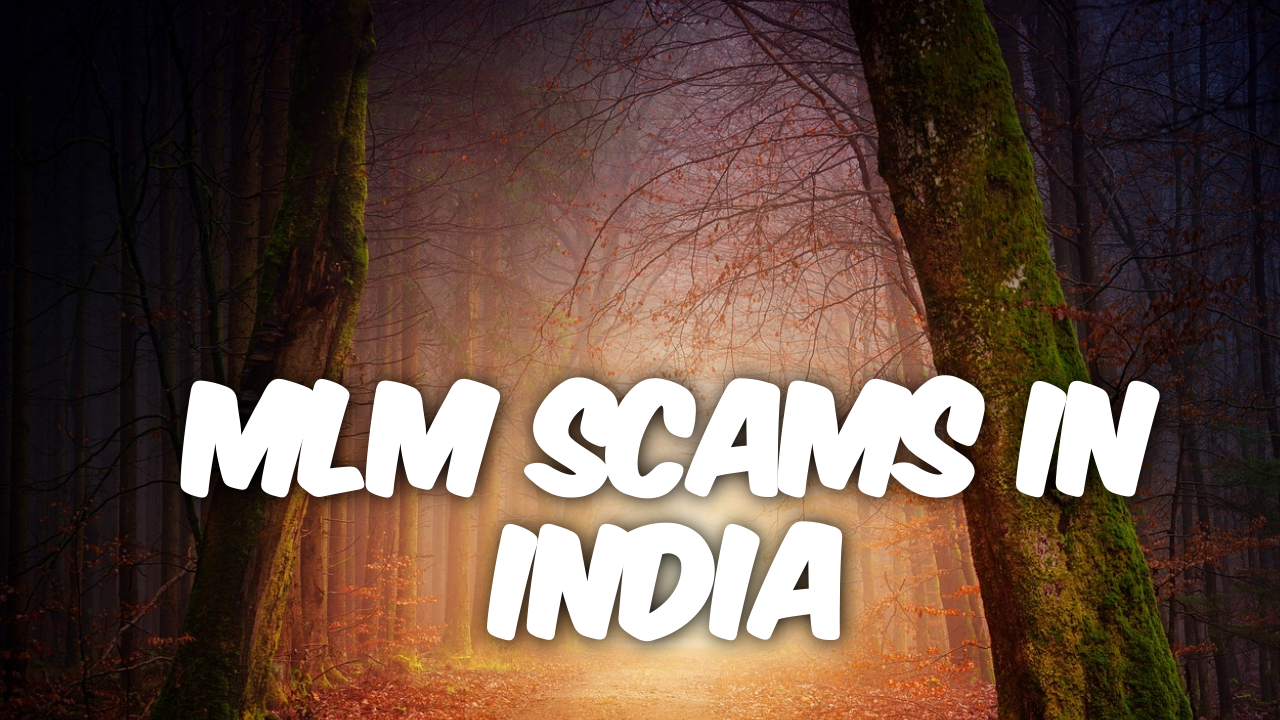 Multi-level marketing (MLM) is a business model in which a company sells its products through a network of independent distributors, who earn commissions based on their sales and the sales of the distributors they recruit. While MLM can be a legitimate and profitable business opportunity for some, it has also been the subject of controversy and criticism in many countries, including India.

One of the main criticisms of MLM is that it can be used to operate fraudulent schemes. These schemes often involve distributors making exaggerated or false claims about the potential profits and benefits of joining the company’s network, and using high-pressure sales tactics to convince others to sign up. In some cases, the products being sold may be of low quality or overpriced, and the main focus of the company may be on recruiting new distributors rather than selling products.

There have been numerous cases of MLM fraud in India, with many people losing their hard-earned money after being lured into such schemes. In some cases, the companies operating these schemes have been shut down by the authorities, but they often re-emerge under different names, making it difficult to track and prosecute them.

One of the most well-known MLM frauds in India was the QNet scam, which was exposed in 2013. The company, which was operating under the name QuestNet at the time, was accused of running a pyramid scheme and defrauding thousands of people across the country. The company’s distributors were accused of using false promises of high returns and luxurious lifestyles to lure people into joining the network, and many people lost their savings after investing in the company.

Another infamous MLM fraud in India was the SpeakAsia Online scam, which was exposed in 2011. The company, which claimed to be a market research firm, was actually operating an illegal pyramid scheme, and its distributors were accused of using false claims and deceptive marketing tactics to recruit new members. The company was eventually shut down by the authorities, and many of its top executives were arrested and charged with fraud.

In recent years, the Indian government has taken steps to crack down on MLM frauds, and there are now several laws in place to protect consumers and prevent such schemes from operating in the country. However, it is still important for people to be cautious when considering joining an MLM company, and to thoroughly research the company and its products before making any commitments.

If you are approached by an MLM company or are considering joining one, here are some things to watch out for:

If you suspect that an MLM company may be a fraud, it is important to report it to the authorities and seek legal advice. In India, you can report such schemes to the Ministry of Corporate Affairs, the Serious Fraud Investigation Office, or the local police. It is also a good idea to inform others about your experience, so that they can be aware of the potential risks and avoid being scammed.

In conclusion, while MLM can be a legitimate business opportunity for some, it is important to be aware of the potential risks and to be cautious when considering joining an MLM company. By doing your research and being aware of the warning signs of fraud, you can protect yourself and your hard-earned money from being scammed.